Ruth Coleman, a school teacher in Somerset, PA, came home to find her basement flooded. The whole house was tied into the floor drain, so when it was clogged, nothing in the house worked. So she called Barry Frazier of Frazier Plumbing, Heating, and Air. When he got the call he thought, “this could be a job for my new water jetter.” 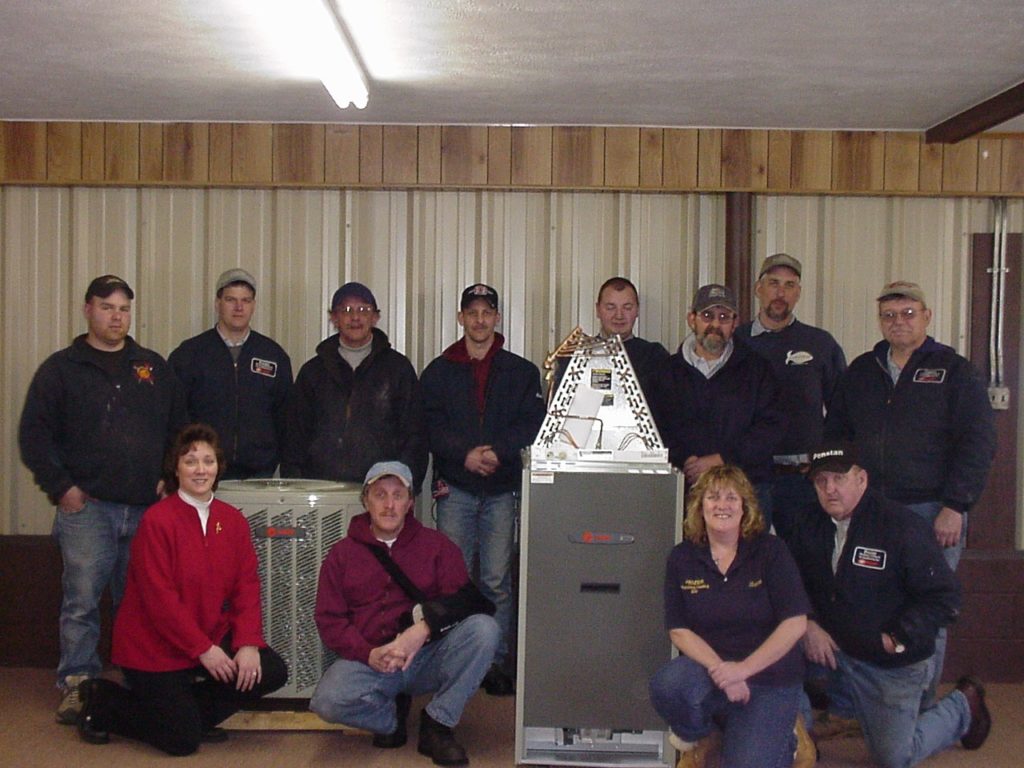 Frazier had resisted buying the new water jetter he’d heard so much about because Frazier Plumbing’s business is 60% repair work; 20% new construction, and just 20% drain cleaning. “For the little drain cleaning work I do, it’s expensive compared to a cable drain cleaner. Though his primary drain cleaner is a sectional machine, his first drain cleaning machine was his father’s old drum machine purchased back in the 50’s. He’s still got it and it still runs.

He’d heard that high pressure water jets are better for clearing grease clogged lines than cable machines. The story was that grease is a self-healing stoppage. The cable will punch a hole in the grease, but when the cable is pulled back, the grease seals up the line again. The high-pressure water spray will cut the grease off the walls of the pipe and the high flow will flush it down the line. He’d also heard that jets work well on sand in sagging, bellied lines, and will clear ice in frozen lines as well.

After much discussion with his employees and other plumbers in the area, he decided to buy General Pipe Cleaner’s JM-3000 gas powered water jetter with 3000 psi, 4 gallon per minute pump, a 13 hp Honda engine, and 200 feet of jet hose. He also bought the CM-300 Handy-Reel so he could use the gas jet on indoor jobs. Frazier considered an electric jet because it would have been less of a problem handling indoor jobs. But the power of the gas jet is significantly higher and thus made it better suited for handling the type of jobs he would run into—mainly long runs to the septic system in 4” lines.

But after he bought the machine, it just sat in his garage. He used it to clean his trucks now and then, but it hadn’t gone out on a job. Then he got the call from Ruth Coleman.

“She was using powder detergent and the 100 foot, 4” line was packed solid,” Frazier said. “We had to work the line from both ends, inside and out. We had to cut through major soap blockages and hard soap deposits. When the line was clear, we had filled a 5 gallon bucket with soap chunks,” said Frazier. “It was amazing!” added Dave Tipton, a 13-year veteran of the business and one of ten people Barry has working for him.

Barry Frazier was in high school when he started working in the plumbing business. His father was ill, so in 1967 he went straight to work learning the plumbing business from his grandfather, W. Guy Frazier. Founded in 1936, Frazier Plumbing, Heating & Air served the small mountain community of Somerset, PA. Now Frazier has a thriving business with a number of family members helping him out.

Frazier was still experimenting with his new water jetter. “On another job we cleared mud and shale from a floor drain in our old shop. The line was 80 feet long. What’s nice it is it pulls itself so easily through the line like its nothing.”

“With this new machine, we’ve learned something new on each job” said Frazier. “You have to let it pull itself—you can’t push it. You can’t be in a hurry. Just let the hose move forward slowly and liquefy the blockage. We use Vibra-pulse to let the hose jump around the trap or through a blockage. It will jump around enough to pull through a vent too.“

Vibra-pulse is what separates water jets from pressure washers. Pulse breaks the initial tension between the surface of the hose and the walls of the pipe. Thus helping the hose slide around tight bends and propel itself farther down the line. It also increases the cleaning power of low pressure electric water jets and is particularly useful in jetting around tight bends in small drain lines.

Frazier continued, “You get into some of these old sewer lines, they’re cracked, they’re broken, and you don’t know what’s going on. On one tough job with lots of grease and stuff, we worked it back and forth with the Vibra-pulse on until the clog broke free.”

“What’s nice about it is it pulls through sewer lines full of debris. We thought we had a leaf blockage in an outside drain line, but when the jet punched through it, we found the line was packed with acorns, sand, and mud. We even blew shale out of the line.”

On another job at the Pine Grill restaurant in Somerset, the main drain was packed full of grease. Frazier said, “We used the remote reel and left the unit on the truck. That was nice! We didn’t have to take the heavy machine off of the truck, and my back likes that,” he added. “We ran the hose down the main line which was clogged with grease, and the jet pushed it open easily. Our old cable machine just bores holes in the blockage. When we use the jet, we know we got the pipe clean. In fact, though we still use our cable machine for cutting tree roots, we use it less since we got our jetter.”

For more information, contact the Drain Brains® at General at 800-245-6200, by email [email protected], or visit our Water Jet Drain Cleaners page to see General’s full line of water jets in action.